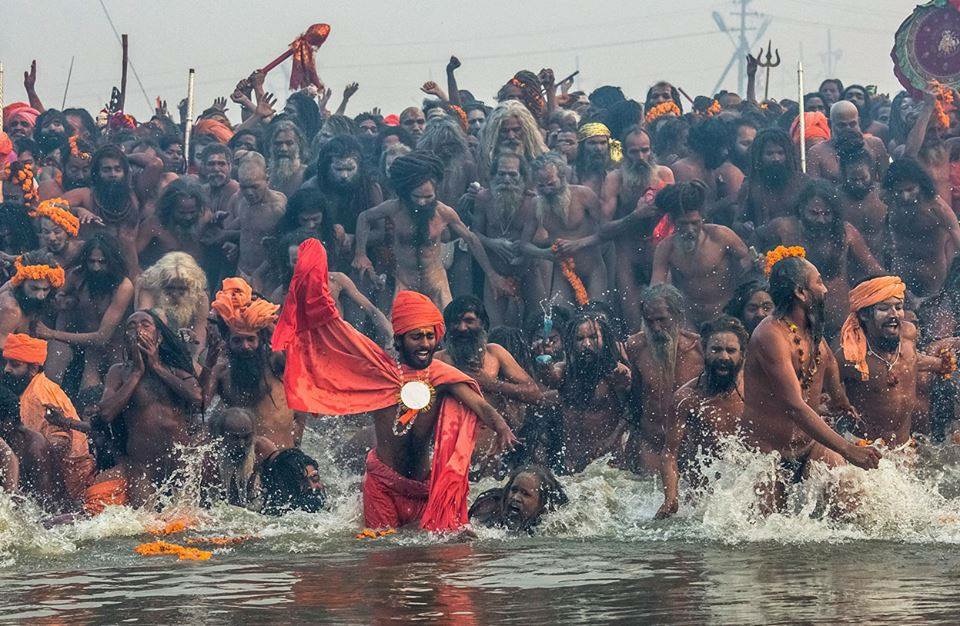 The Kumbh Mela is a spiritual festival in India where millions of people gather to bathe or take a dip in the sacred waters of a holy river. The Kumbh Mela is inscribed on the representative list of Intangible Cultural Heritage of Humanity of the United Nations Educational, Scientific and Cultural Organization (UNESCO). It is attended by millions of people irrespective of caste, creed or gender.

The festival is held at Allahabad, Haridwar, Ujjain and Nasik every four years by rotation. It involves different social and cultural activities, making it a culturally diverse festival. The event encapsulates the science of astronomy, astrology, spirituality, ritualistic traditions as well as social and cultural customs and practices, making it extremely rich in insights. Knowledge and skills related to the tradition are transmitted through ancient religious manuscripts, oral traditions, historical travelogues and texts produced by eminent historians. However, the teacher-student relationship of the sadhus in the ashrams and akhadas remains the most important method of imparting and safeguarding knowledge and skills relating to Kumbh Mela.

As explained above, it is held every three years in each of the four different locations (Allahabad, Haridwar, Nasik and Ujjain), returning to each of these places after a gap of twelve years. Besides the regular Kumbh Mela, an Ardh (half) Kumbh Mela takes place six years after the Maha Kumbh in each of the locations.

The next Kumbh Mela is taking place from the 15th January to 4th March 2018 in Allahabad, a large metropolitan city in the Indian state of Uttar Pradesh, at the distance of 130 km from Varanasi.

Short Biography of Mukesh Puri, the founder of Rishi Foundation. He is born in Gharsana, Rajasthan, India. He studied Sanskrit and Vedic knockledge at the Sanskrit College Shree Ganga Shardul Varisth Upadhyay Mahavidyalaya in Bikaner, Rajasthan.…